#BadLipReading put out another funny #StarWars spoof last month, this one based on the battle on Hoth from #EmpireStrikesBack (#StarWarsV):

#RIP: the incredible #SciFi & #Fantasy author Ursula K. Le Guin has died at the age of 88. She wrote more than 20 novels (including her acclaimed novel “The Left Hand of Darkness” & the #Earthsea series), as well as a dozen books of poetry, over 100 short stories (collected in multiple volumes), seven collections of essays, 13 books for children & five volumes of translation, including the Tao Te Ching of Lao Tzu and selected poems by the Chilean Nobel Prize winner Gabriela Mistral. He works also include a guide for writers.

Her novels were translated into more than 40 languages and often delved into themes of sorcery & dragons, or spaceships & planetary conflict. Her novels include the following:

From the Earthsea series:

From the Hainish science fiction series:

This is a more complete bibliography.

Author Stephen King tweeted: “Usula K. LeGuin, one of the greats, has passed. Not just a science fiction writer; a literary icon. Godspeed into the galaxy.”

Author Neil Gaiman tweeted: “I just learned that Ursula K. Le Guin has died. Her words are always with us. Some of them are written on my soul. I miss her as a glorious funny prickly person, & I miss her as the deepest and smartest of the writers, too. Still honoured I got to do this:”

He was referring to presenting Ursula K. Le Guin with a lifetime achievement award at the 2014 National Book Awards:

Our deepest condolences to her family, friends & fans. May she rest in peace.

Here’s the trailer for the season finale of “#StarWars Rebels”! #StarWarsRebels

While “#StarWars VIII: #TheLastJedi” has done financially well in the U.S. & many other countries, that’s not the case in China where 92% of theaters have pulled it only after 7 days after it debuted and is believed to be unprecedented. Moviegoers in China have simply rejected the film: its earnings for its opening weekend are very poor: the movie only made $27-million and an additional $7-million since for a total of $34-million. 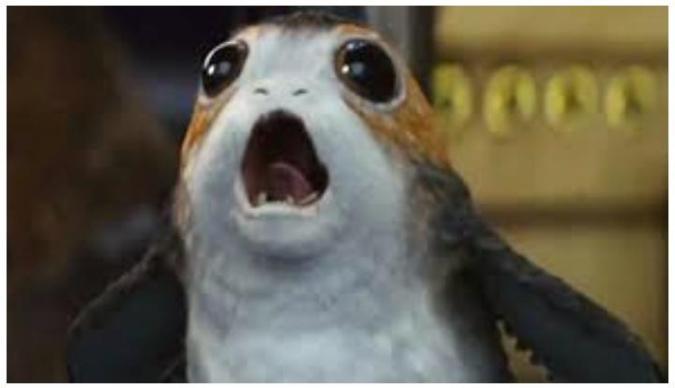 Here’s the latest trailer released a few days ago for the upcoming #Marvel movie #BlackPanther, which is opening in theaters next month on Feb. 15, 2018:

Following allegations that actor T.J. Miller sexually harassed a woman in college, he is not expected to be recasted for “#Deadpool 2″, which opens in theaters on June 1, 2018.

Neither actor Ryan Reynolds or director David Leitch have commented about the allegations that Miller has denied. Miller portrays the friend of Wade Wilson / Deadpool (played by Reynolds) named Weasel.

Miller was accused of sexual abuse by an anonymous woman who gave an interview to The Daily Beast that was published December 19.