As of midnight tonight, #Disney becomes the owner of #21stCenturyFox.

The deal (which was first announced in December 2017) will see Disney absorb the 21st Century Fox movie and TV divisions. That includes film rights to the #XMen, #Deadpool, and #FantasticFour, as well as James Cameron’s #Avatar franchise, the speciality distributor Fox Searchlight (which released Oscar winners “The Shape of Water” and “The Favorite”), and TV hits like #TheXFiles and “Empire”.

While the future of the #MarvelComics properties that 21st Century Fox had film rights to remains under, here is Ryan Reynolds view on the acquisition as he shared on Twitter: 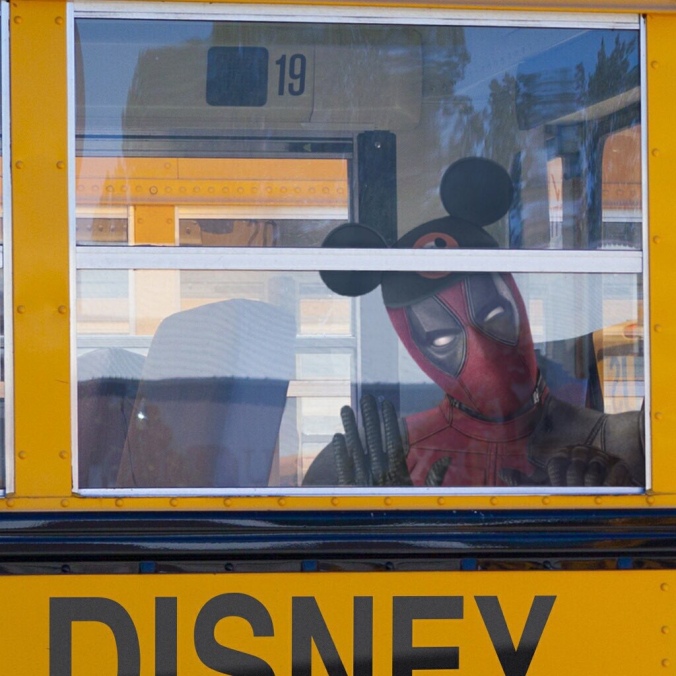 Intended to premiere on Fox’s network #FXX in 2018, the network released the following statement on Saturday, March 24, 2018:

“Due to creative differences, FX, Donald Glover, Stephen Glover and Marvel Television have agreed to part ways on Marvel’s Deadpool animated series. FX will no longer be involved with the project. FX and Marvel have an ongoing relationship through our partnership on Legion, which will continue.”

For anyone who hasn’t yet seen it, here’s the trailer for the upcoming “#Deadpool 2” movie! #Deadpool2

Following allegations that actor T.J. Miller sexually harassed a woman in college, he is not expected to be recasted for “#Deadpool 2″, which opens in theaters on June 1, 2018.

Neither actor Ryan Reynolds or director David Leitch have commented about the allegations that Miller has denied. Miller portrays the friend of Wade Wilson / Deadpool (played by Reynolds) named Weasel.

Miller was accused of sexual abuse by an anonymous woman who gave an interview to The Daily Beast that was published December 19.

A video of bloopers from filming #Deadpool has been released:

#Deadpool co-creator Rob Liefeld says that the hero’s nether-regions do indeed spring eternal. In other words, if someone were to cut off Deadpool’s private parts, he’d regenerate new ones. (This should make Ryan Reynolds happy too!)