After the massive crowds that filled #GalaxysEdge at #Disneyland to capacity within an hour on its first full opening day on June 24, 2019, people have since essentially stopped visiting the park, leaving it and “Galaxy’s Edge” practically empty. Obviously #Disney had not anticipated this to occur as it had also opened a brand new 5000-space parking garage to handle the anticipated increase in crowds that “Galaxy’s Edge” was expected to bring in.

So why is hardly anyone visiting Disneyland & “Galaxy’s Edge”? Several factors are believed to be keeping people away:

People visiting Disneyland who have posted videos on YouTube show a relatively empty park with very short wait lines for rides as short as 5-10 minutes:

So just how crowded was the new #StarWars-themed area called “Galaxy’s Edge” at #Disneyland? The area reached capacity on opening day (Monday, June 24, 2019) in under an hour. And, even before “Galaxy’s Edge” had reached its maximum capacity, the wait for the “Millennium Falcon: Smugglers Run” ride was three hours.

After the area had reached capacity, guests would be allowed to come back later in the day with a “boarding party,” or a virtual queue; but the land was packed almost immediately.

Disneyland had opened the immensely popular land 30 minutes early, at 7:30 a.m. By 8:20 a.m., no more walk-ins were allowed. Then the Disneyland app made it clear that some people might not get in at all:

“Entrance to Star Wars: Galaxy’s Edge or its experiences is not guaranteed.”

By 4:45 p.m. (9 hours & 15 minutes later), the park was able to turn the queue off; at which point guests were once again allowed to enter the land at their leisure, according to Disney.

Wait times for the area’s only ride, the “Millennium Falcon: Smugglers Run”, varied over the course of the day, but averaged to around an hour after the initial opening line had gone through according to park officials.

Some guests then complained about a number of purchasable items having sold out, including some light sabers and droid personality chips. 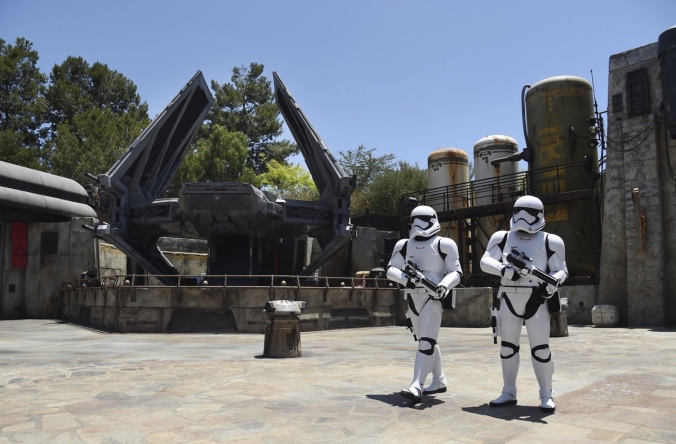 Now, barely open a month, and only recently opened to the public on Monday, “Galaxy’s Edge” has already spawned a growing underground market of unauthorized park “collectibles.” Drink coasters from Oga’s Cantina are one popular item. Maps of “Galaxy’s Edge” are also appearing on online auction websites, as are eatery Docking Bay 7 sporks, a combination of fork and spoon. 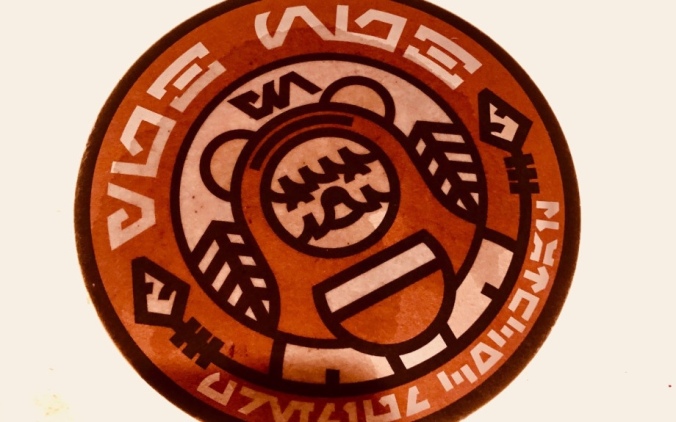 As the Orange County Register described it:

The “free” collectibles in Disneyland’s new Star Wars: Galaxy’s Edge that didn’t have a price tag and weren’t nailed down have found their way to cyberspace with many of the five-finger discount items showing up on the secondary market.

A simple search for “Galaxy’s Edge” on the eBay online shopping site reveals a slew of purloined items that probably should not have left the Black Spire Outpost village on the Star Wars planet of Batuu, the setting for the new 14-acre land at the Anaheim theme park.