During a visit to the Boston LeakyCon convention this weekend, #FantasticBeasts actor Dan Folger revealed that filming is expected to begin in February, 2020. He is quoted as saying the following:

“We haven’t started filming yet. We start in February.”

“Last we heard, J.K. … she’s been writing furiously, everyone was really happy with what she submitted, and we’re all just waiting for the new script. And that’s where we’re at.”

Johnny Depp’s return as antagonist Gellert Grindelwald is not confirmed.

Released earlier today is the latest trailer for “#FantasticBeasts: #TheCrimesOfGrindelwald”:

All 8 #HarryPotter movies and “#FantasticBeasts and #WhereToFindThem” are being re-released in September for the big screen. The 9 films will be shown from Aug. 31 through Sept. 6, 2018 at all 141 Cinemark XD locations. Festival passes that allow viewing all 9 films will be available for $25.

Cinemark XD theaters can be found in 32 states. Please note that not all Cinemark theaters are XD. We strongly recommend that you confer with a desired location to make sure that it’s an XD theater before purchasing any tickets for these showing.

#HarryPotter news: here’s the latest trailer for the upcoming movie “#FantasticBeasts 2: #TheCrimesOfGrindelwald” being released on Nov. 16, 2018:

#HarryPotter author #JKRowling has defended the decision to cast Johnny Depp to play Gellert Grindelwald in #FantasticBeasts. Many fans are upset about the casting due to allegations of domestic abuse following the divorce of Depp from actress Amber Heard. Depp has denied the allegations.

“When Johnny Depp was cast as Grindelwald, I thought he’d be wonderful in the role. However, around the time of filming his cameo in the first movie, stories had appeared in the press that deeply concerned me and everyone most closely involved in the franchise.

Harry Potter fans had legitimate questions and concerns about our choice to continue with Johnny Depp in the role. As David Yates, long-time Potter director, has already said, we naturally considered the possibility of recasting. I understand why some have been confused and angry about why that didn’t happen.

The huge, mutually supportive community that has grown up around Harry Potter is one of the greatest joys of my life. For me personally, the inability to speak openly to fans about this issue has been difficult, frustrating and at times painful. However, the agreements that have been put in place to protect the privacy of two people, both of whom have expressed a desire to get on with their lives, must be respected.  Based on our understanding of the circumstances, the filmmakers and I are not only comfortable sticking with our original casting, but genuinely happy to have Johnny playing a major character in the movies.

I’ve loved writing the first two screenplays and I can’t wait for fans to see ‘The Crimes of Grindelwald’. I accept that there will be those who are not satisfied with our choice of actor in the title role. However, conscience isn’t governable by committee. Within the fictional world and outside it, we all have to do what we believe to be the right thing.” 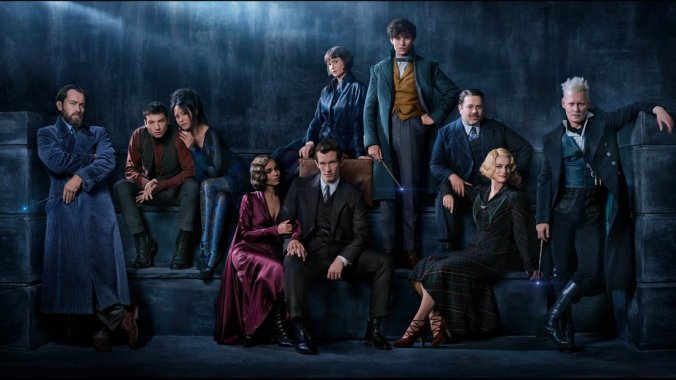 The first picture (via Entertainment Weekly) from the upcoming “#FantasticBeasts: #TheCrimesOfGrindelwald” has been released! Newt Scamander (Eddie Redmayne) finds himself in a dark and scary place: in a sewer tunnel system, with his attention fixed on… something! 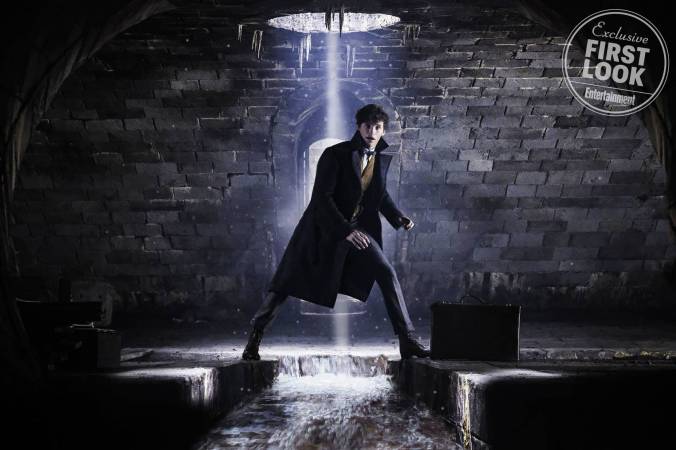 Picture from “Fantastic Beasts: The Crimes of Grindelwald”