Following a dismal first season, the star of CW’s #DCComics-based TV show #Batwoman has very unexepectedly quit the show. Ruby Rose made the surprise announcement with a written statement:

“I have made the very difficult decision to not return to Batwoman next season. This was not a decision I made lightly as I have the utmost respect for the cast, crew and everyone involved with the show in both Vancouver and in Los Angeles. I am beyond appreciative to Greg Berlanti, Sarah Schechter and Caroline Dries for not only giving me this incredible opportunity, but for welcoming me into the DC universe they have so beautifully created. Thank you Peter Roth and Mark Pedowitz and the teams at Warner Bros. and The CW who put so much into the show and always believed in me. Thank you to everyone who made season one a success – I am truly grateful.”

CW had already announced that there would be a second season for the beleaguered series, which saw its meager viewership drop from a high of 1.8 million for the show’s premier episode to a paltry 739,000 viewers for the first season finale episode, which was only barely better than the episode that aired 3 weeks earlier that only had 634,000 viewers.

“Warner Bros. Television, The CW and Berlanti Productions thank Ruby for her contributions to the success of our first season and wish her all the best. The studio and network are firmly committed to Batwoman’s second season and long-term future, and we — along with the show’s talented creative team — look forward to sharing its new direction, including the casting of a new lead actress and member of the LGBTQ community, in the coming months.”

While the box office for “#StarWars IX: #TheRiseOfSkywalker” was the highest during first 3 weekends, that is no longer the case with the opening of the war drama #1917 in wide release.  The film’s 4th weekend earnings were only $15.1 million domestic, which, when compared with the film’s opening weekend, is a 91.5% drop in box office earnings. This is the biggest 4th weekend drop of all of the #Disney “Star Wars” sequel trilogy films, and the film also had the largest 3rd weekend drop of the three.

In terms of overall box office performance, “The Rise of Skywalker” has broken the long-standing tradition of the 3rd film in a trilogy outperforming the 2nd film in the trilogy. (The 3rd films in the original and prequel trilogies that were produced by George Lucas both outperformed their respective 2nd trilogy films.)

Comparing the gross box office receipts for each of the Disney “Star Wars” sequel films, the following patterns emerge. 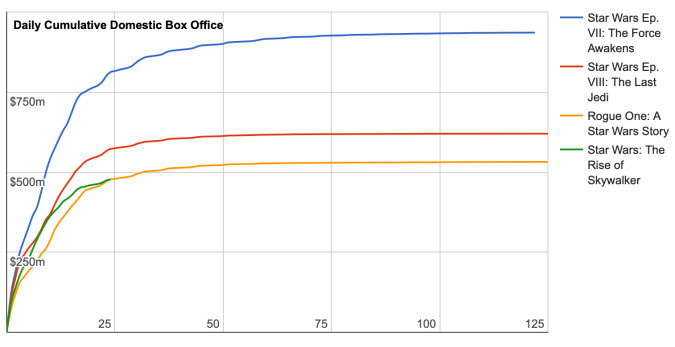 #RIP: we are saddened to report that actor Robert Walker, Jr., has passed away at the age of 79. He played Charlie Evans in “#StarTrek: #TOS”, Cloche / Bell in #TheSixMillionDollarMan, Billy the Kid (William H. Bonney) in #TheTimeTunnel,  & more.

Our condolences to his family, friends and fans. May he rest in peace. #LLAP.

The trailer for the #StarWars live-action series #TheMandalorian, which will air on the Disney+ streaming service, was released:

Here’s the final trailer for “#StarWars IX: #TheRiseOfSkywalker”, which was released a short while ago:

#RIP: actress & singer Diahann Carroll has died at the age of 84. She played the hologram Mermeia in “The #StarWars #HolidaySpecial”, Grace Willis in #TouchedByAnAngel, & more.

Our condolences to her family, friends and fans. May the Force be with her and may she rest in peace.

#RIP: actor Jack Donner appears to have died on Sept. 21, 2019 at the age of 90, according to IMDb. First reports of his death appeared on Wikipedia and Memory Alpha several days ago, but neither of these sites referenced any news articles reporting that he had died. Since IMDb tends to have reliable information and since there have been no claims refuting his reported death, we are assuming that it is correct.

Our condolences to his family, friends and fans. May he rest in peace. 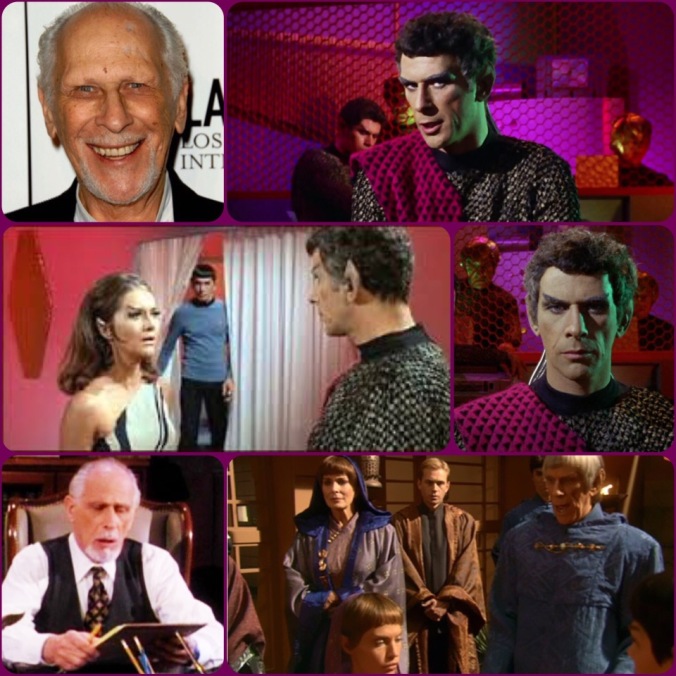